Everybody knows where Karate originated from, Japan. But how come the picture of China comes to our mind when we hear the word ‘Karate’. Well, truth be told, Karate has its origin linked to the Chinese as well. Yes, that is right

You have to travel thousands of years back to know the story of the birth of this incredible and mystic martial art. There was this island called Okinawa, a beautiful archipelago in Japan. Today, it is the fifth-largest island of Japan lying in the East China Sea. Coming back to the story, there were a bunch of Japanese people who lived on this island all peacefully till one day their existence was threatened by outside forces. The most interesting fact is that martial arts was nowhere to be seen on this island till these outside forces made their presence.

Years before these invasions that threatened the very livelihood of the people, who lived on the Island, Chinese travellers had made their visit to the island on numerous occasions and established their affable relation with the Japanese. So, when the invaders came, it was the influence of Chinese and their art form that helped the Japanese to come up with their martial art form that we today call ‘Karate’ which translates to Japanese (kara) hand (te) or later was modified into ‘Empty hands’. 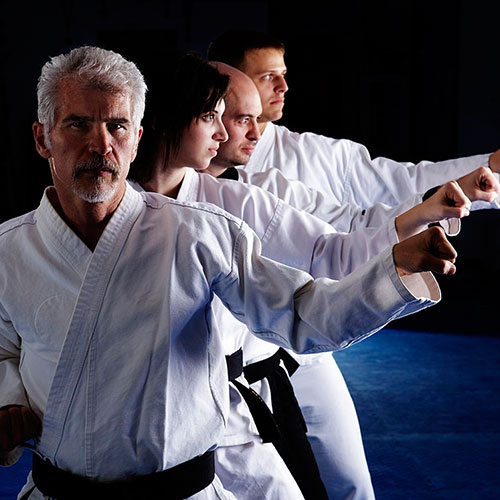 So, the central ancestors of Karate were the Chinese and it was their kung fu or Chinese boxing that inspired the making of this weapon less martial art. Thus, Karate was the result of years of association between cultures, people, and techniques of martial arts. It was also the response of the helpless people who were living peacefully in their space until they felt that they were losing their land to someone else. For their survival, they modelled their form of combat from what they have seen and observed from others.

Another famous legend that travels even back is the story of Bodhidharma. Bodhidharma was an Indian monk who is said to have travelled to China from South India. Being a propagator of enlightenment, he preached the importance of uniting the body and mind. It is believed that he came up with a set of exercises that later was called the Shaolin ch'uan fa or Shaolin Temple Boxing. This is believed to be the first-ever bare-handed mode of defense that has been created. Kung fu is therefore inspired by Shaolin Temple Boxing and is considered to have helped in the gradual development of Karate as well.

To an extent, Korea also had its significant contribution to the birth of Karate. Almost during the same years when the Chinese made their presence on the Koreans lands as well. Here also, the strong Chinese influence with time made the Koreans develop their own empty-handed martial art form called Tae Kwon Do. Chinese never were willing to share their bladed weapons techniques with the Koreans and therefore, they ended up focusing only on the form of martial art that is weapon less like the Japanese. So strong was the Chinese influence in all its neighbouring countries that its fighting techniques began to be incorporated in their art forms by the neighbouring countries. But the cultural exchanges were never one-way. Slowly over the years, through the trade links, Korean influence reached Japan as well. Thereby by the time of the invasion that happened in Okinawa, besides the prominent Chinese influences, there was also a touch of Korean martial art forms that somewhere helped in the blossoming of Karate. So Okinawa was a place rich with cultures and that was a major reason why Karate stood the test of time.

After this, Karate began to take its final form and when it was completed it came to be accepted as an official part of the physical education programs of the schools in Okinawa. Later, Karate in its final finished form travelled beyond the borders of Okinawa and made its presence known in faraway lands. As it began to be accepted by people across the world Karate kept evolving like any other phenomenon. More cultures and influences began to show their effect on Karate and in a way it made it stronger and more open to people.

Faces began to show in the journey of Karate with Gichin Funakoshi who invented Shotokan karate-do (a new branch of karate ) gave his first public demonstration of Karate in the year 1917. He was later invited to Japan to showcase more of his talents and thereby promote Karate in other parts of the country that gave birth to Karate. In 1924 the first university karate club was established in Japan. In the 1930s Karate made its hands reach the land of Canada. Later in 1945, the first ever dojo was opened in the United States of America, thereby, striking the very core of the western world by its presence.

An organization like the Japan Association took its form to further the global reach of martial art. The UK opened its doors for Karate in the 1950s and with this Karate began to gain popularity that no other martial art in history has gotten. Even when Karate was accepted with open hands in all these countries the Soviet Union had given a tough time for this martial art form by its fickle-mindedness. Karate was banned and unbanned several times until it was formally accepted in 1989. Today, Karate still stands strong, inspiring millions and it can be stated without a hint of a doubt that it will continue to inspire the generations to come. 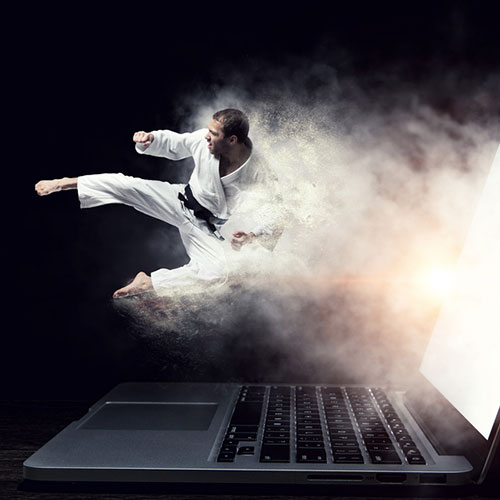